The answer is simple. A Mason, or Freemason, is a member of a fraternity known as Masonry. A Mason is a man who has decided that he likes to feel good about himself and others. He cares about the future as well as the past, and does what he can, both alone and with others, to make the future good for everyone.

What does a Mason do?

Masons are deeply involved in helping people. The Freemasons of North America contribute more than $2 million a day to charities, representing an unparalleled example of the humanitarian commitment of the Masonic Fraternity. Much of that assistance goes to people who are not Masons. The Shrine Masons operate the nation’s largest network of hospitals for burned and orthopedically impaired children, and there is never a fee for treatment. The Scottish Rite of Masons maintain a national network of more than 150 childhood language disorder clinics, centers and programs. Other Masonic organizations sponsor a variety of philanthropies including scholarship programs for students and perform public services in their communities. Masons also enjoy the fellowship of social and recreational activities.

Even though Masons (freemasons) are members of the largest and oldest fraternity in the world, and even though almost everyone has a father or grandfather, or uncle who was a mason, many people aren’t quite certain just who masons are.

The answer is simple. A mason (or Freemason) is a member of a fraternity known as Masonry. A fraternity is a group of men who join together to work towards common goals and enjoy each others company.

Where did Masonry Originate?

Freemasonry is the oldest fraternity in the world. No one knows just how old it is because the actual origins have been lost in time. Probably, it arose from the guilds of stonemasons who built the castles and cathedrals of the middle ages. Possibly they were influenced by groups such as the Knights Templar, and order of Christian warrior monks formed in 1118 to help protect pilgrims making trips to the Holy Lands.

What are some of Kentucky’s Masons Goals or Causes?

Masonry teaches that a person has a responsibility to make things better in the world. Masonry is deeply involved in helping people. Masons spend more than $2 million dollars every day in the United States, just to help people.

The vast majority of this money goes to people who are not masons. Some of these charities are large projects supported and operated by Masons such as the Shriner’s Hospitals for crippled and burned children.

While this may be the best known Masonic Charity, lodges around Kentucky involve themselves in many other local charities and causes. Another example would be participation through donation and service to organizations such as The Habitat for Humanity program. 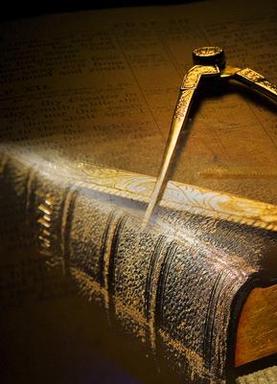 Becoming a Mason
There is one little known aspect of petitioning for membership of which you should be aware. You will not be asked to become a member. Masons in Kentucky do not solicit for membership, we wait for the man to ask for a petition.

Becoming a member of a Masonic Lodge is fairly simple, but there are some requirements that must be met.

A Mason must be a man, masonry being a fraternal organization. There are Masonic affiliated groups such as The Order of the Eastern Star which are for women members.

A Mason must be of sound mind and body, which does not mean that you cannot be physically handicapped.  Many Masons are.

A Mason must be 18 years old.  This is the minimum age requirement in the State of Kentucky.

If these requirements are met, one thing further is required to join the Masonic organization. The man wishing to become a Mason must seek out his local Masonic Lodge, through its members, and request to join.Masonry does not ask men to join Masonry, but wants its members to be serious about their commitments and exercise their free will in deciding to join the Masons.

Upon making this request, the prospective member will be asked to formally petition the Lodge affirming his qualifications for membership.